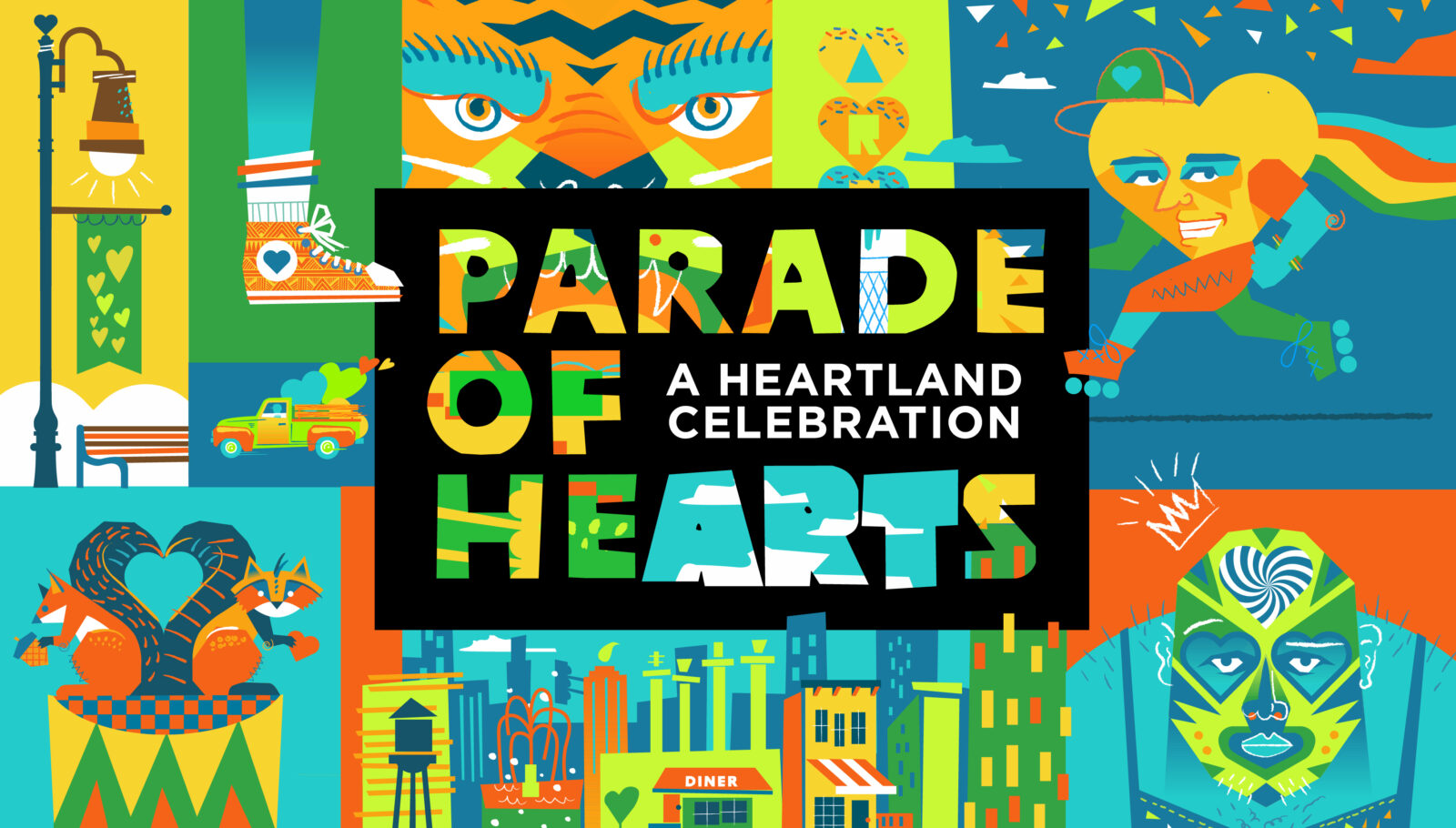 My career as an artist in Kansas City has lead me along a humblingly fruitful path. Two decades of participating in the arts and business communities here has allowed me to cultivate a uniquely robust visual arts skill set. I’ve been employed professionally as an architectural illustrator, a mural painter, an environmental designer & a conceptual artist. My most recently completed project is a mural I painted for JE Dunn, inside one of their crane warehouses, acting as the subject matter for a film crew. I’m currently in the middle of a mural for Children’s Mercy Hospital, partnering with the Junior Achievement Center here in Kansas City. And am also finishing up a new mural for Cafe Ca Phe, a local vietnamese coffee shop that made such a splash in the scene that my previous murals for them have been in Forbes twice. What?! So crazy. I’ve worked with a number of local brands, such as The Roasterie, Donutology & Stockyards Brewery. I once illustrated movie posters for AMC theaters, partnering with major releases for James Bond, The Avengers & The Hunger Games. I created brand guide illustrations for an LG avatar named Bean Bird. And even got to create illustrations of Arendelle, for Disney’s “Frozen on Ice”. I’ve worked on a number of sports stadiums, rendering architects’ visions into watercolor paintings. These are some of the more notable opportunities that have come my way. I’m not good at looking backward, and so listing all this out is actually kind of cumbersome to me. As a professional, self promotion is necessary. Really, though, I make art in hopes of connecting with people. And thankfully, it’s been able to provide for me and my family. But for this reason, public work is my favorite form of art. It’s for everyone.